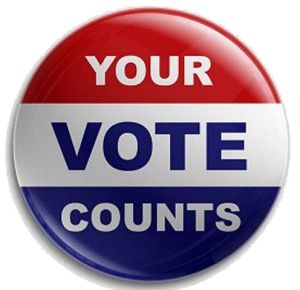 At this point, Hillary Clinton and Donald Trump seem like the inevitable front-runners. That doesn’t mean that the race is over, though. And it definitely doesn’t mean that you should stay home and watch TV instead of voting in the primary.

New York is worth 95 delegates for the Republicans and 291 for the Democrats, which makes it one of the most important states number-wise. And then there is the added factor that three of the candidates are from the Big Apple (Clinton, Trump and Sanders), which makes a potential hometown favorite harder to predict. So it’s time to brush up on all you need to know about voting in the New York primary.

And those of you, who plan on not registering to avoid jury duty, know this: Jurors aren’t only drawn from voter registration rolls, but also from lists of taxpayers and licensed drivers. So don’t give up your right to vote.

Everything You Need to Know

Want to vote in the New York primary? You have to register by March 25https://t.co/tiGUocLLW3 pic.twitter.com/O1t0QgRBAe